The gender parity problem in Toronto’s public art (Edmonton Metro, March 7, 2016)
“With so many men memorialized in bronze, it’s time for the city to get with the times, some say.”

On the positive side, here are a couple of good examples of representation: 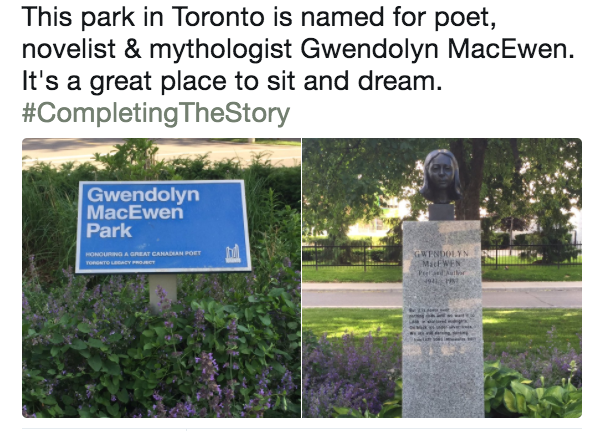 Barbara Barrett was the founder of the Toronto School of Art in 1968. She moved her expanding school to the corner of Brunswick and Sussex Avenue in 1972 where it stayed until 1984 when it needed even larger premises. Under her guidance, the school provided independent but classically oriented art instruction to hundreds of students. She also hired many now well-known artists to teach at the school. The Toronto School of Art continues to this day on Dufferin Street near Bloor Street West.

Barbara was honoured by the federal government when she was awarded the Lescarbot Medal for patronage of Canadian artistic endeavours. She died in 2005. Located in the Harbord Village neighbourhood, Barbara Barrett Lane is an east-west laneway south of Bloor Street between Borden Street and Brunswick Avenue. 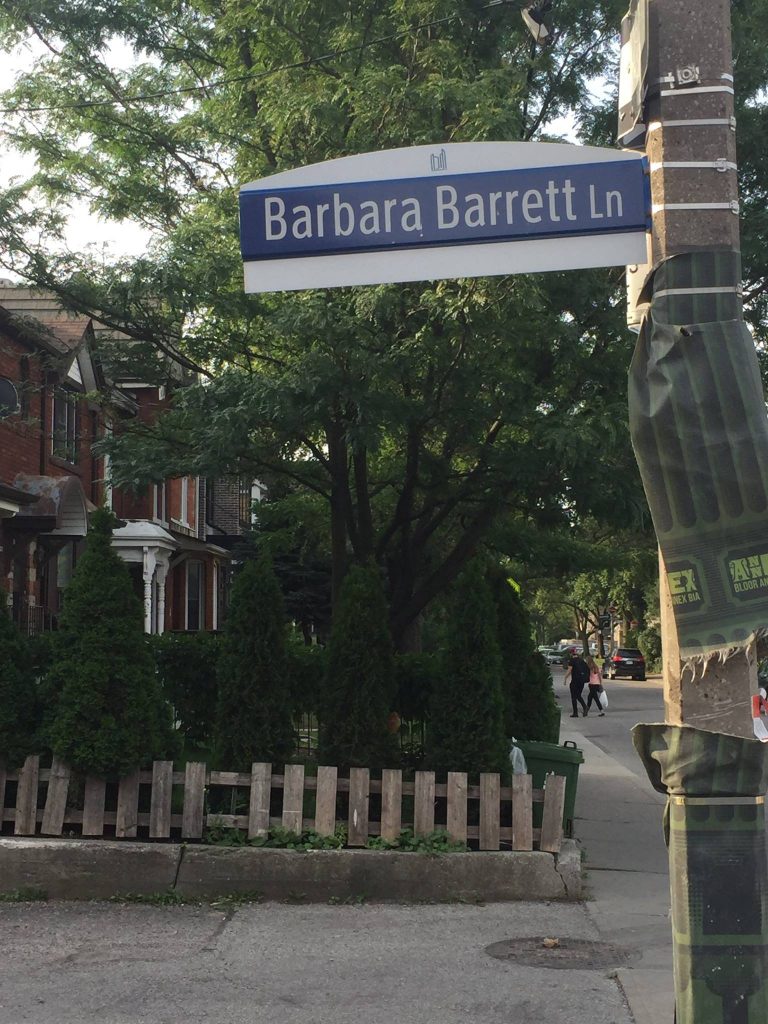