Paul Kane Park in Edmonton is named after a white man from the 1800s who was a successful artist painting portraits of Indigenous people. The park was recently renovated which could have provided the opportunity to add more public art. However, the park only has one statue: Boy and Dog. Perhaps there would be room to eventually add something representing girls.

Sand on Whyte is an annual event in the summer in Old Strathcona. A number of organizations, including the Government of Canada, sponsored the event. The theme in 2017 was the history of Old Strathcona. Of the five sand sculptures highlighting the historical figures in the region, only one is a woman. It is time to start showing off all the women who have built our communities! 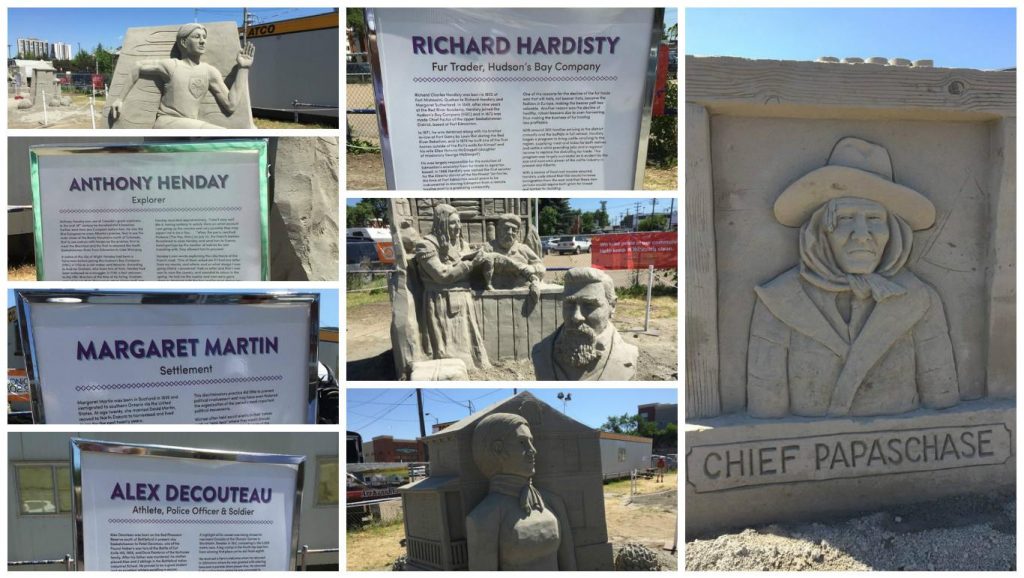 Here are some examples of public visual representation in Edmonton, Alberta that are predominantly male and/or where females are depicted in stereotypical/traditional roles (like as mothers). 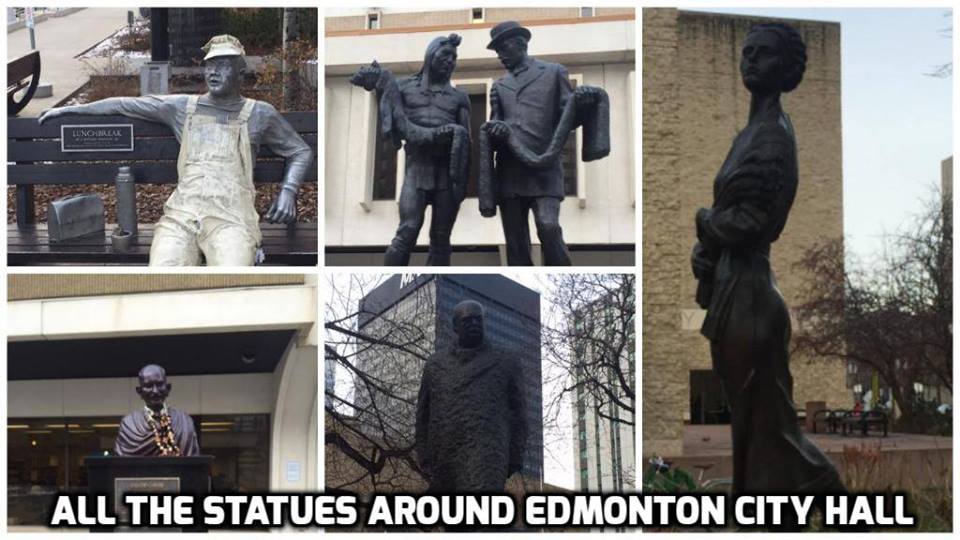 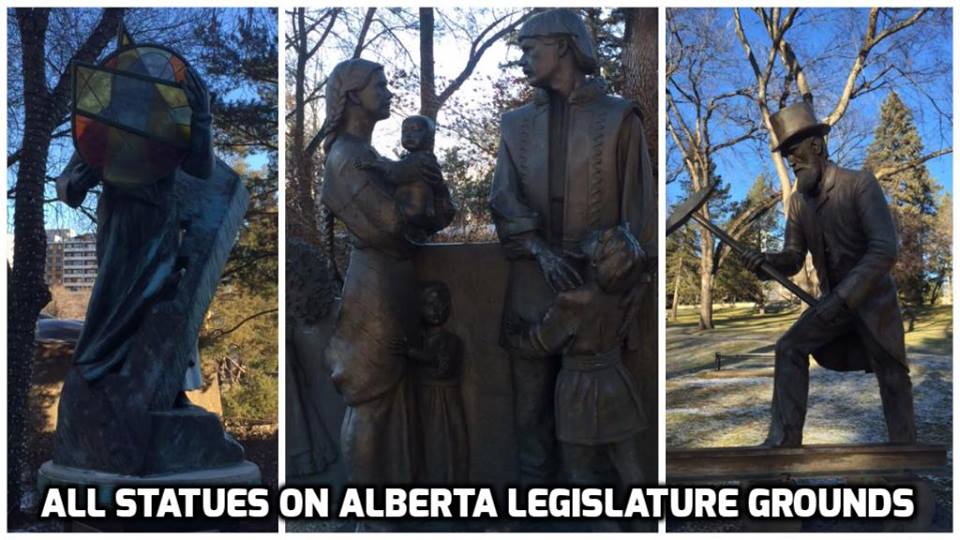 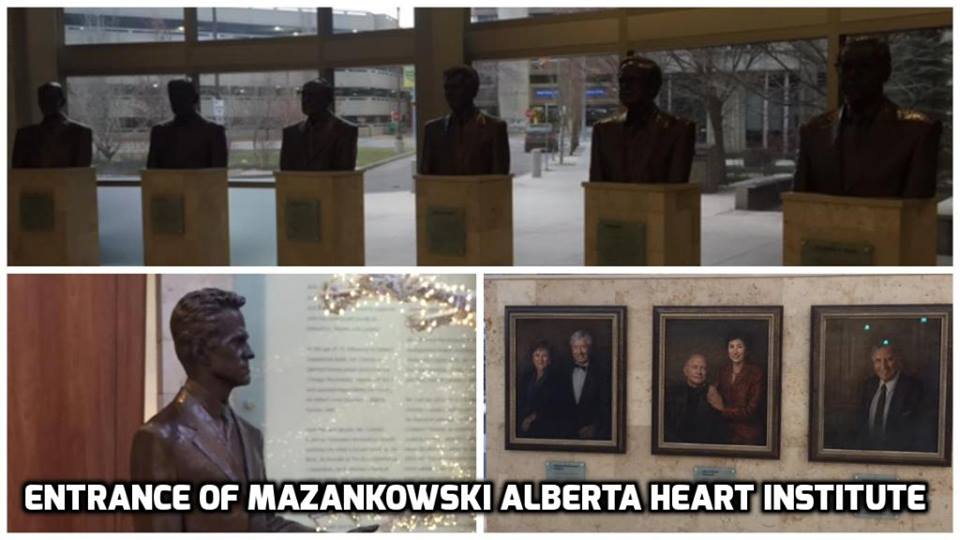 Edmonton’s Central LRT station has two large wall murals with approximately 30 people represented. Four are women. One is wearing a man’s suit, one is wearing a turn of the century dress, and one is standing with the clowns: 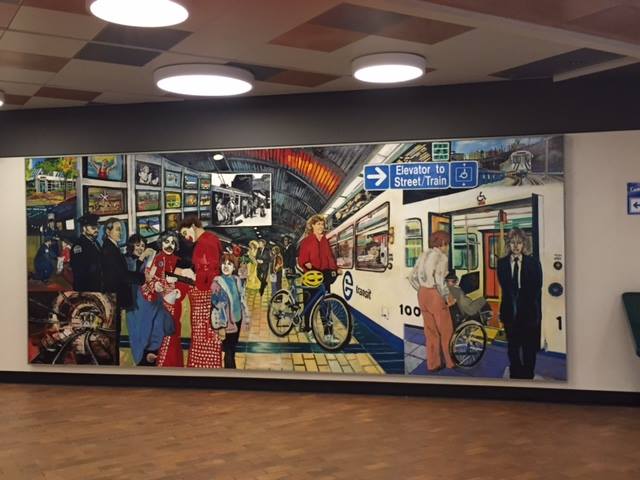 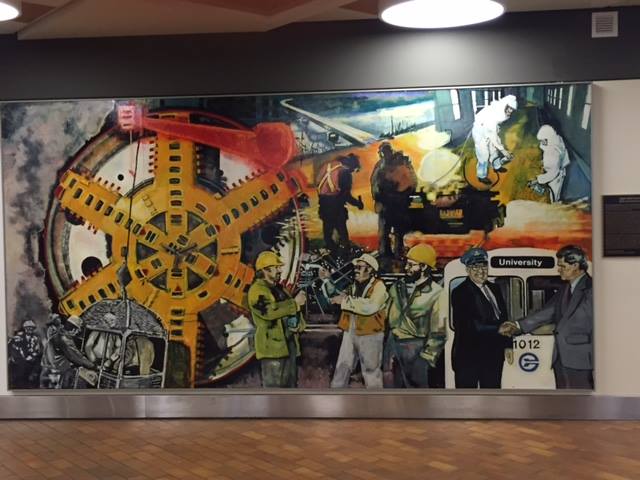 The George F. Hustler Memorial Park in Edmonton honours a school principal who lived from 1882 – 1958. There are 11 pillars in the park without a statue on them. Could we add some of the many women who have been instrumental in educating our children. How about the teachers, secretaries and volunteers who all made Mr.Hustler’s work possible! 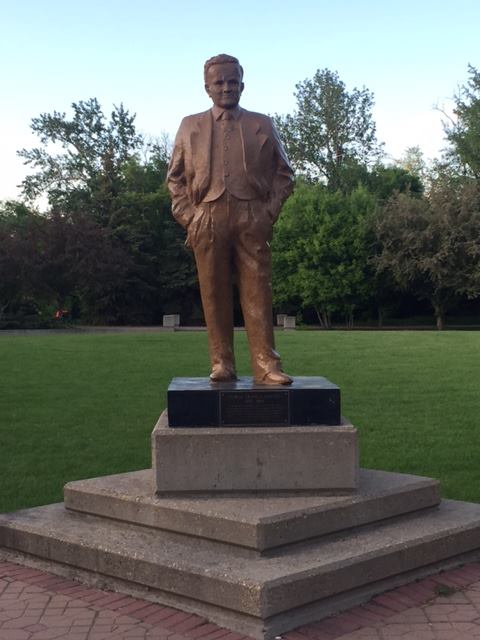