This monument depicts an indigenous woman, named Wicanhpi Duta Win or Red Star Woman, dancing on a cloud. The cloud lights up in the dark.

Lionel Peyachew, the artist behind the statue’s design, said the piece was inspired by Amber Redman and the way Redman’s mother described her missing daughter. “She described her as being very light on her feet. It was like she was flying like an eagle on top of a cloud, and that just sort of hit me and I said, ‘Wow, wouldn’t that be something if we could do that’,” the Saskatchewan-based artist said.

Saskatoon police, the City of Saskatoon and the Saskatoon Tribal Council all worked together to fund and bring the statue to the city. 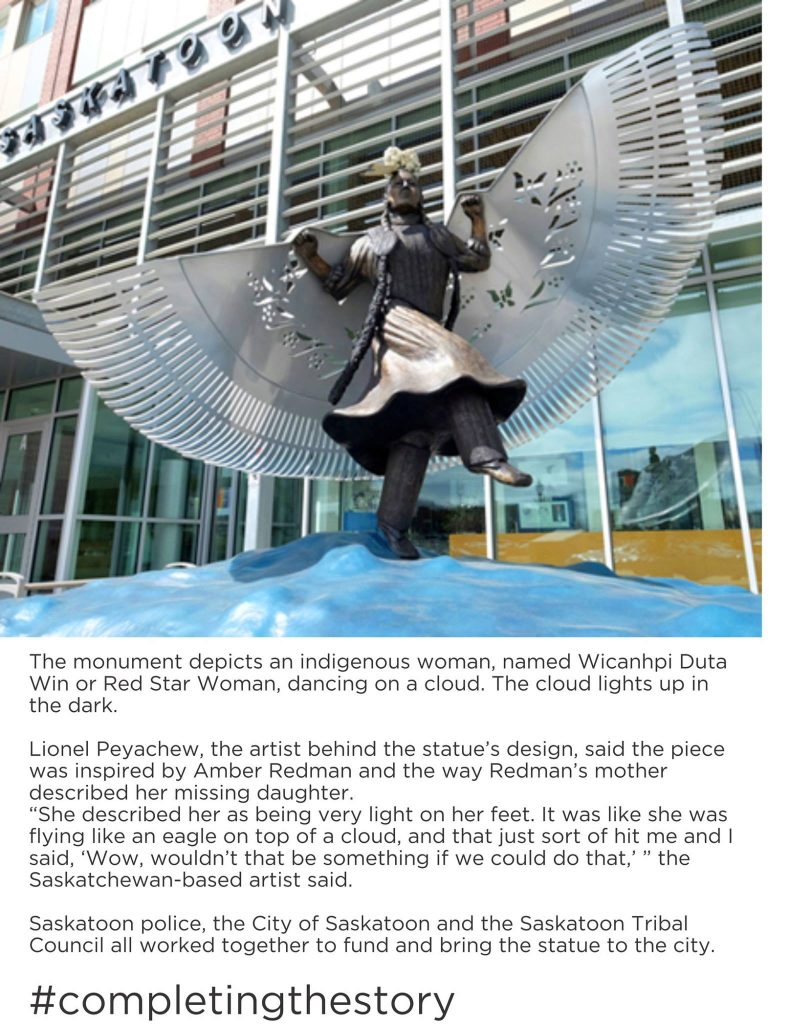